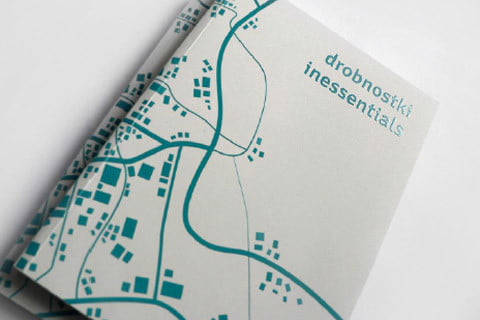 From the perspective of libraries and university reading rooms, travelling seems gratuitous, to say the least. Under the pretence of gaining understanding and forging cooperation, it brought about violence, deceit and colonization, with invariable historical regularity. Apart from these obviously negative consequences, it is gratuitous for more reason. Touristic topography exists in the real geografical space, just as it exists in the iconosphere or in the broadly understood visual culture and in the domain of imagination. It consists in places that we are kind of familiar with before we actually see them. In this sense, it turns out we have been to every place that we are about to visit.

This is why travel shapes rather than broadens the mind. Whether it is a nomad, a lost traveller or a colonizer, who is looking at the new territories, their look is never neutral. The most innocuous look is content with framing the space within the internalised visual film, and with discerning in this scenery the elements that conform to the tradition which is evoked by the iconosphere that one has earlier assimilated. The greediest look inspects the greenery, soil and its minerals, paying special attention to the potential profits, changes that will need to be introduced and technology that will have to be employed – in accordance with the belief that the Earth should be subdued (and especially – foreign land). Meke Golu crater lake in Turkey, Cabo de Gata in Spain, Ostrog in the Ukraine are only some of the venues of Michał Smandek’s artistic interventions. He has been travelling for years, savouring the atmosphere of US deserts, secluded regions of Turkey and these areas in Europe that are visited inly by the Gypsies or travellers. To find a suitable place for his actions, he first examines possible venues in a geographical atlas, looks at the photos, does research on their geographical conditions. Reality tends to challenge our previous images and so the works that some into being deffer from what was planned. But as he says, if he abandons the idea of doing something in the place that he has come to, the place will not become his.

It might seem like we are dealing with a cowboy here.  The embodiment of a white, European man, who subdues everything that is in his way – a colonizer, who apporopriates land, within the limit of his abilites. Anyway, according to Smandek “each matter and each space is fit to be sculptured, but it all depends on the chosen method of creation, idea and form”. His interventions employ subtle, or perhaps even humorous means, yet the minimalist coldness emanating from the spaces that he explores only intensifies his forceful gesture.

Conquering land, even when done using sophisticated technology, does not happen by itself. A colonizer’s appropriating look nneeds to be carried there on his own legs, and the most sophisticated tools need to be transported on someone’s back and to be operated with someone’s hands. Nature does notgive up anything for free, so colonizers and explorers have to sweat and toil. This struggle, conquering and introduciung order into a territory, gives rise to a weird relationship. It is as close as sand, which penetrates the body of someone roaming a desert, andas deep as deeply coal dust reaches into a coal miner’s lungs. Maybe this is why farmers love their land, and – because of the work and effort they put into cultivating land – they let their skins become ashen.

When one looks at Smandek’s works, which have been created off the beaten track, in his own flat in Świętochłowice, or in sterile interiors of a gallery, what attention is the utmost care and exactness with which he treats every bit of material, every speck of dust, every single bubble that apper in his work. He treats his material, its internal structure and energy, with great respect, allowing its properoties to manifest themselves. He lets greases and other substances spread and dry in the form that they choose themselves. Under his watchful eye, the most basic elements of reality and inorganic matter develop and put on airs and graces, in a state of complete naturality. What springs to mind is Heidegger’s critique of technological civilization and his call for human beings to be shepherds of Being. Today this expressin sounds awfully pompous, and what is more – ecologists, hippies and more or less crazy environmental activists keep harping on it. But it is interesting because it allows us to notice the ambivalence that I have mentioned above. Because Smandek, who now  pretends to be a cowboy-macho, an explorer subduing some virgin territory (indeed!), a moment later reveals that the cowboy is actually a shepherd who lovingly looks after his goats, sheep and cows, so that they could eat their fill.

It is insipid and simple minds that are tempted to make definite conclusions. And this is why – although we guess that aggressive roping is meant to  keep the animals safe – let us leave the ambivalence in Michał Smandek’s works unexplained. Let us cherish this feeling, instead of looking for the key to a secret drawer concealing a solution to the puzzle. Let these two poles interact and generate magnetism. Let them spread their charm, which originates from tye tension between a colonizer’s need to subdue as a loving approach of a carer, who is keen to observe how things happen kind of by themselves, and who finds tremendous joy on watching this unhindered activity.