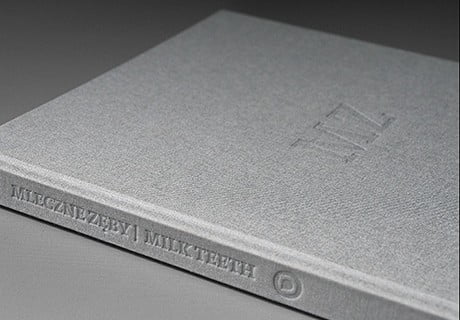 As a student, Michał Smandek was fascinated by Physics and Chemistry. His imagination was stirred by a homework assignment which involved growing salt crystals. With experiments like this one, there is no space for cheating. The longer the crystal forms, the larger and more picturesque it grows. This long-term process demanded diligence and determination, which were rewarded with a top mark. Smandek knew that whatever is important requires dedication and genuine involvement. This is why he has always done the utmost in his performances in post-industrial scenery, and in the private ones that he staged at the very beginning. He lugged along objects that he needed for his ‘repair works’ – tools, tripods and cameras. He has frequently embarked on long and difficult journeys, with the aim of reaching the bottom of a dry lake, the top of a tall cliff or a volcano crater. ‘Unless I have done something in a certain place, I cannot claim it belongs to me,’ he said. He came back with strange souvenirs that he found in nature and with a documentation of his geometry-inspired interventions. Struggling with various places and matter, he offers them temporary care. He would like to believe that wild nature can still be found, tamed and conquered, and whenever he failed to find this wild nature of his dreams, he became absolutely determined to improve and fix it.

‘Zoological Drawings (Rysunki zoologiczne)’ is a series of drawings that was created exactly on 15.10.1988 and has survived until today. They are a seven-year-old’s attempts to depict animals in the exotic setting of palms, lush grass and marshes. There is also a dinosaur presented in an equally exotic holiday-type scenery. At the time I hugely enjoyed visits to the Silesian Zoo in the Voivodship Park of Culture and Recreation, where apart from a wide variety of animals in cages and pens, there were also monumental, scaled one to one, concrete statues of dinosaurs. Another spark for imagination and the theme of my works was provided by a richly illustrated book entitled ‘Life Before Man’, which contained graphic descriptions of geological periods of the Earth, a variety of organisms and changing climatic conditions in the early stage of our planet’s life, the world of creatures that inhabited the lands and seas of our globe, and finally – the appearance of humanoid creatures, who were brainy enough to learn how to work with wood and stone and create first ever tools.